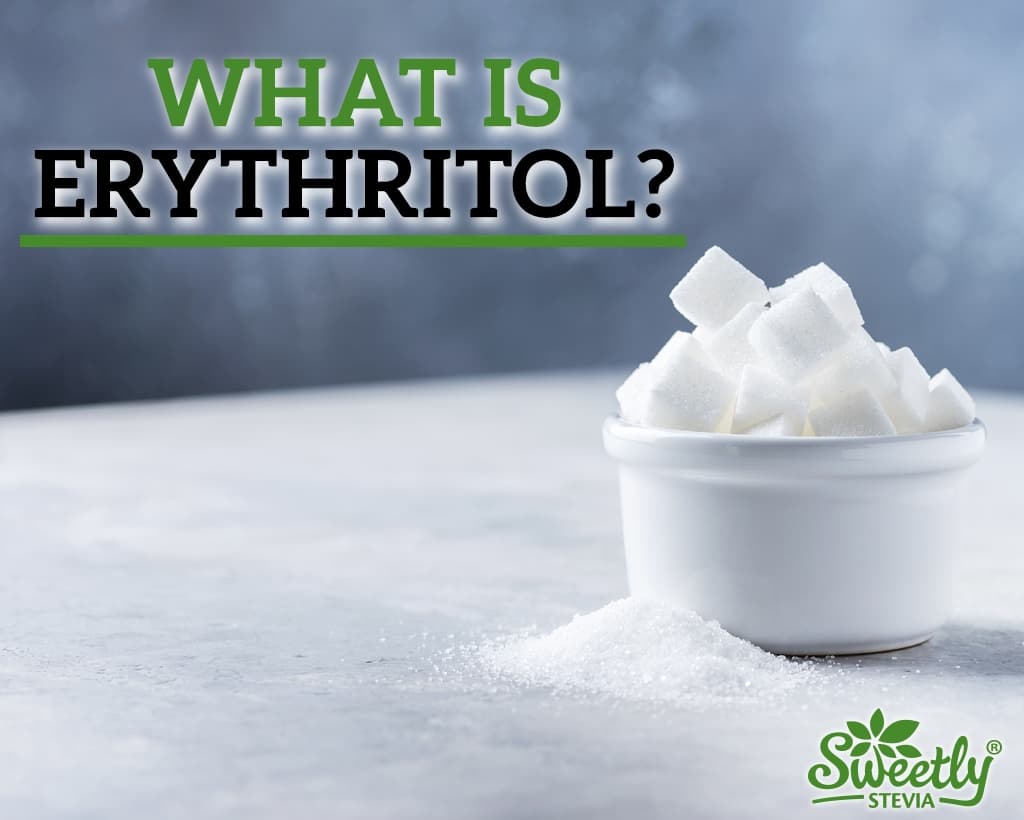 In short, erythritol is a sugar alcohol. There are many different types of sugar alcohols, each of which are used by several different food manufacturers to help keep calorie counts low. Some other sugar alcohols include xylitol, sorbitol, and maltitol. Most sugar alcohols are found in small amounts in fruits and vegetables.

The way sugar alcohol molecules are structured gives them the ability to stimulate your taste buds and cure your sweet tooth.

There are many ways erythritol stands out from other sugar alcohols though.

Over the years multiple studies have been conducted on animals about the long-term effects of erythritol.

Despite the long-term feeding of large amounts of erythritol, no serious side effects were reported. Don't believe us? See two of many studies here: 1998, 1996.

Though there haven't been serious long-term effects found, there is evidence that most sugar alcohols, including erythritol, can cause digestive issues. This is because the body can't break down the unique chemical structure of a sugar alcohol.

It's safe to say that erythritol is safe to consume in controlled amounts.

Since the human body does not have the necessary enzymes to break down erythritol, there is no change in blood sugar or insulin levels.

In fact, some studies even suggest that erythritol can reduce the risk of heart disease!

One study performed on diabetic rats showed that it acts as an antioxidant, reducing blood vessel damage caused by high blood sugar.

Another study performed on 24 adults with type 2 diabetes found that taking 36 grams of erythritol every day for a month improved the function of their blood vessels.

It's important to note that more studies are needed before anybody can say for certain that erythritol is good or bad for humans and what the long-term side effects are. 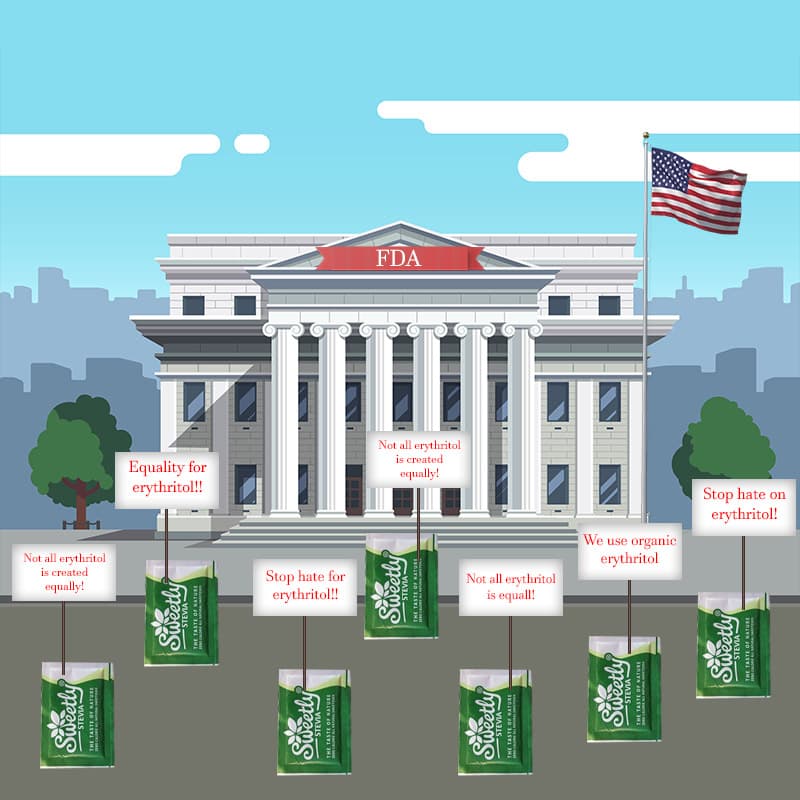 How is erythritol produced?

Here we get to the tricky part. Depending on how erythritol is produced can determine a lot of factors relating to the health and safety of erythritol.

In most large scale production, erythritol is created when a type of yeast ferments glucose from corn or wheat starch, creating a final product similar looking to table sugar.

It's important to check on how a company produces erythritol before purchasing.

Here at Sweetly Stevia, we chose to blend our top-quality stevia with organic erythritol that we produce in-house.

Sweetly Stevia uses erythritol that is 100% organic and is all-natural. We obtain our erythritol through a fermentation process that makes the final crystalline product look almost exactly like sugar and is more than 99.5% pure. SWEET!